by Nathan Wallace
in Outdoor
0

These days, going on a biking trip won’t be complete if you don’t have a sports action camera mounted on your helmet or chest to document your adventure. Veteran and novice bikers know how fun it is to capture those thrilling moments aboard a bike.

Aside for posterity’s sake, there are other reasons why bikers want an action camera on their helmets and chests. If you use a bike as your main form of transportation, you can use the footage captured by the camera as hard evidence in court just in case you get into an accident with another motorist.

But with the many action cameras available in the market, it can be confusing to find one that suits your needs and budget.

How to Choose the Best Action Camera for Cycling

Simply put, the higher the video quality of the action camera, the more expensive it is. Right now, the highest resolution you can get in an action camera is 4K pixels or ultra high definition. But it is not really necessary for most riders.

Cameras that can capture video and photos in 1080 and 720 pixels are considered high definition. You can also opt for 480 pixels, as it is good enough for TV broadcast. If budget is an issue, you should opt for camera that produces photos or videos at 480 or 720 pixels.

Image quality is measured in megapixels (MP). A camera with 5MP should produce quality photos good enough for posting on your social media accounts.

Cameras can be mounted in different ways. Arguably the most popular is mounting it on the helmet, either on top or on the side. While having a camera mounted on the helmet will result to part of the helmet being captured in the shot, it gives an idea of the perspective or angle to the clip or photo.

You can also opt to have the camera mounted on your chest. It gives the viewer an idea of the body movement and what is happening with the handlebars. A camera mounted on the chest also provides a view of the track.

Moreover, it won’t snag on trees unlike a camera mounted on the helmet. You can also opt for a bar mounted or a stick mounted camera.

Alternatively, you should look for an action camera which has a replaceable battery so that you can change batteries and continue capturing your adventure even if you are in the middle of nowhere.

Since you are to mount the action camera on your helmet, or chest, or bar clamp, you would want the device to be as small and lightweight as possible.

The weight of action cameras can go from as low as 2.6 ounces to around six ounces. A small cam is also unobtrusive, allowing you to stick it anywhere you desire without worrying about drag.

Other Factors to Consider

There are lots of action cameras on the market, but here are five models I can recommend to you. It’s likely you won’t regret buying any of these action cameras for cycling: 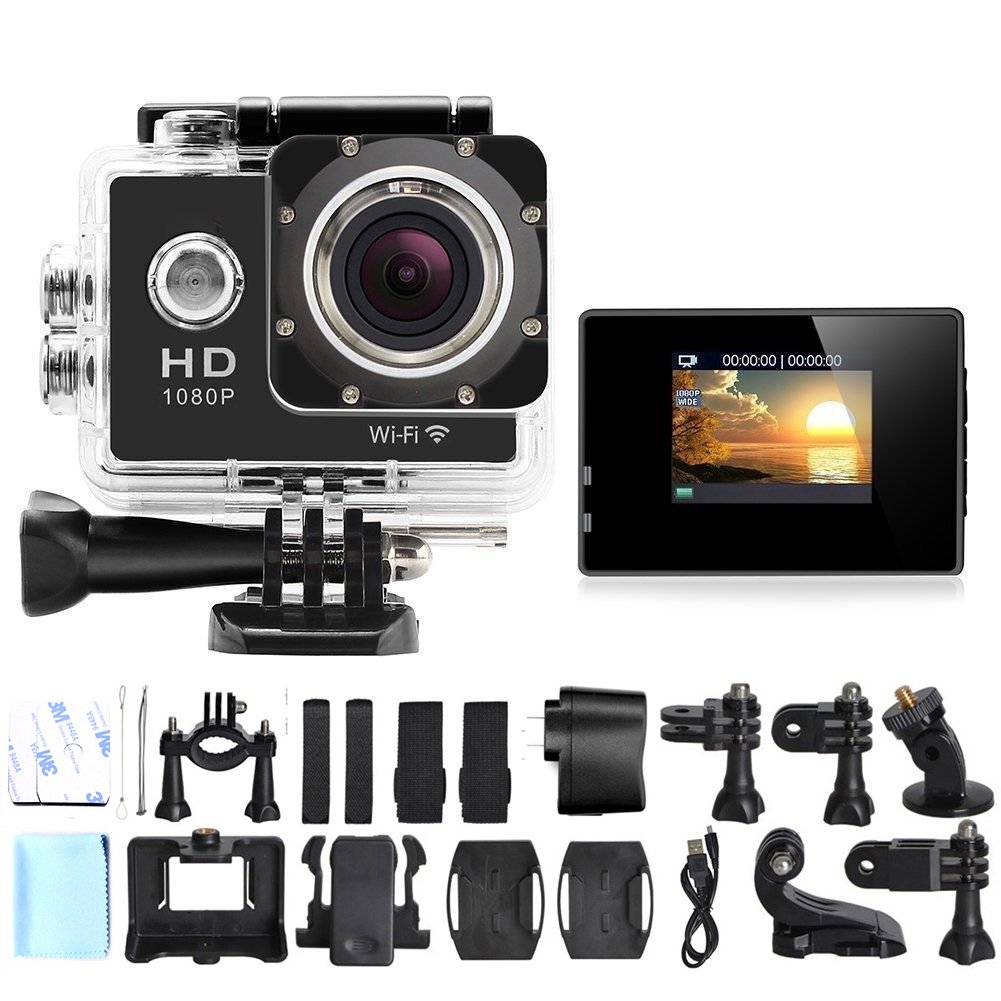 This camera can capture professional quality 1080 pixel videos and 5 megapixel photos, which are pretty impressive for a very inexpensive unit.

It is a waterproof camera with an expandable storage of up to 32 gigabytes, although the micro SD card is not included in the package.

It also comes with a carrying bag so you will have no problems keeping the camera and accessories together.

A surprising feature of this relatively cheap action camera is its stability control. This results to videos that aren’t jerky. It’s something that really comes in handy whenever you capture your biking adventures.

Aside from its affordable price, the Veho Micro digital action cam will impress you with its size. It’s very portable measuring just 2.17 inches long.

It is reputed to be one of the smallest high resolution action cameras in the world. You may even mistake it for a Bluetooth earpiece or even an MP3 player.

With its size, you don’t even have to mount it on your helmet. You can wear it around your neck as it has a lanyard, or hook to the front of your shirt with its rotating clip.

The 2MP picture quality isn’t the best, as well as its 480 pixels video resolution but you can’t expect a lot from such an inexpensive action camera.

There’s a 2GB micro SD card included in the package, although you can also buy a 8GB card. With that memory, you should be able to capture up to three hours worth of video. 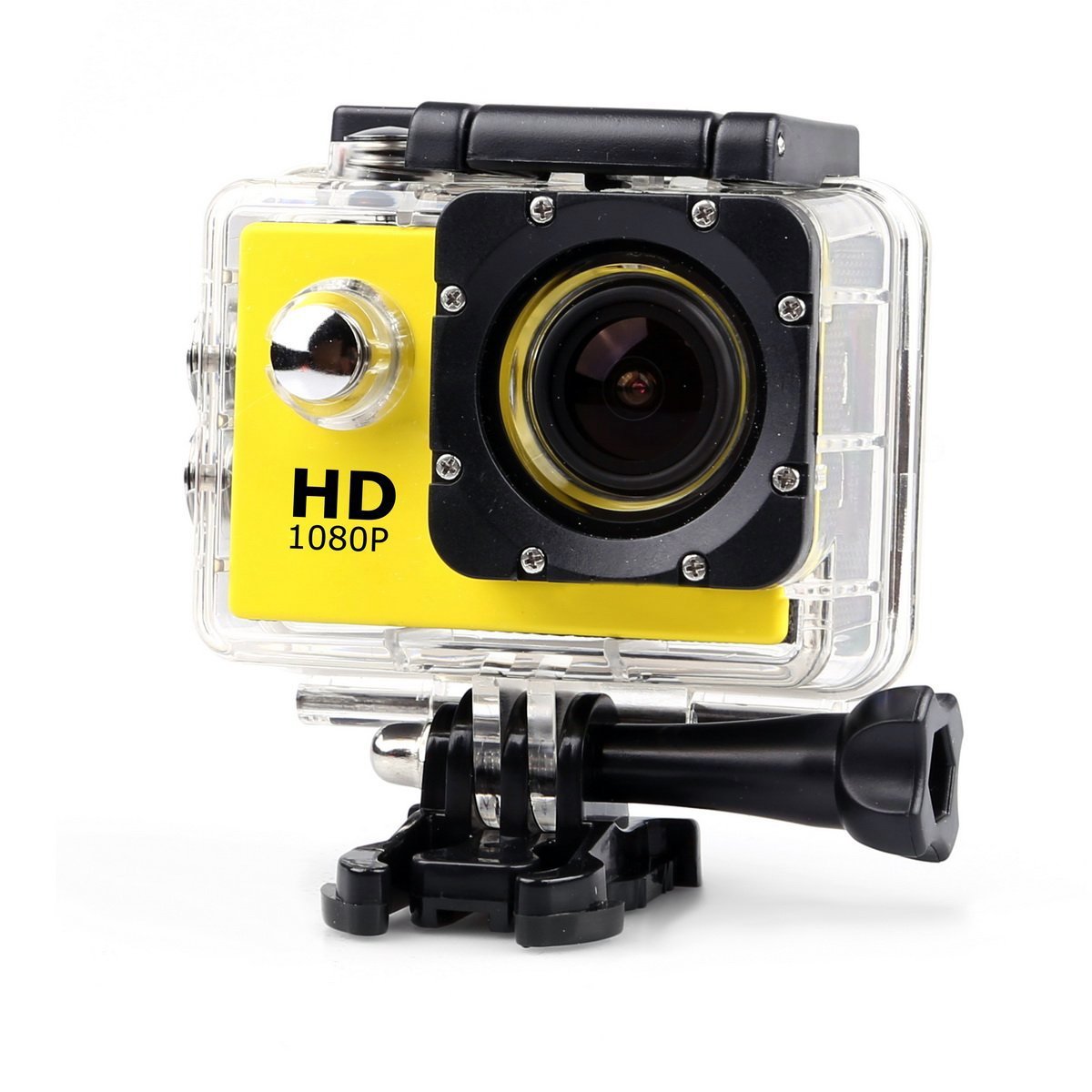 This HD action camera resembles that of the popular GoPro. Its specs may not be as impressive as the reputed leader in the mountable, high definition video camera market but it has pretty decent features to satisfy your needs.

​Let’s start with the videos. It can capture up to 1080 pixels of high definition video that is impressive for a product as affordable as this. Video recording can reach 70 minutes.

The photos aren’t bad either, as you can capture up to 12MP images. What’s more, you can choose from multiple shooting modes with this action camera.

You can also expand the memory of the action camera by buying a 32 gigabyte memory card. Charging time is quite short at 3 hours, and you also get a bicycle stand for mounting this action camera on your bike’s bar. 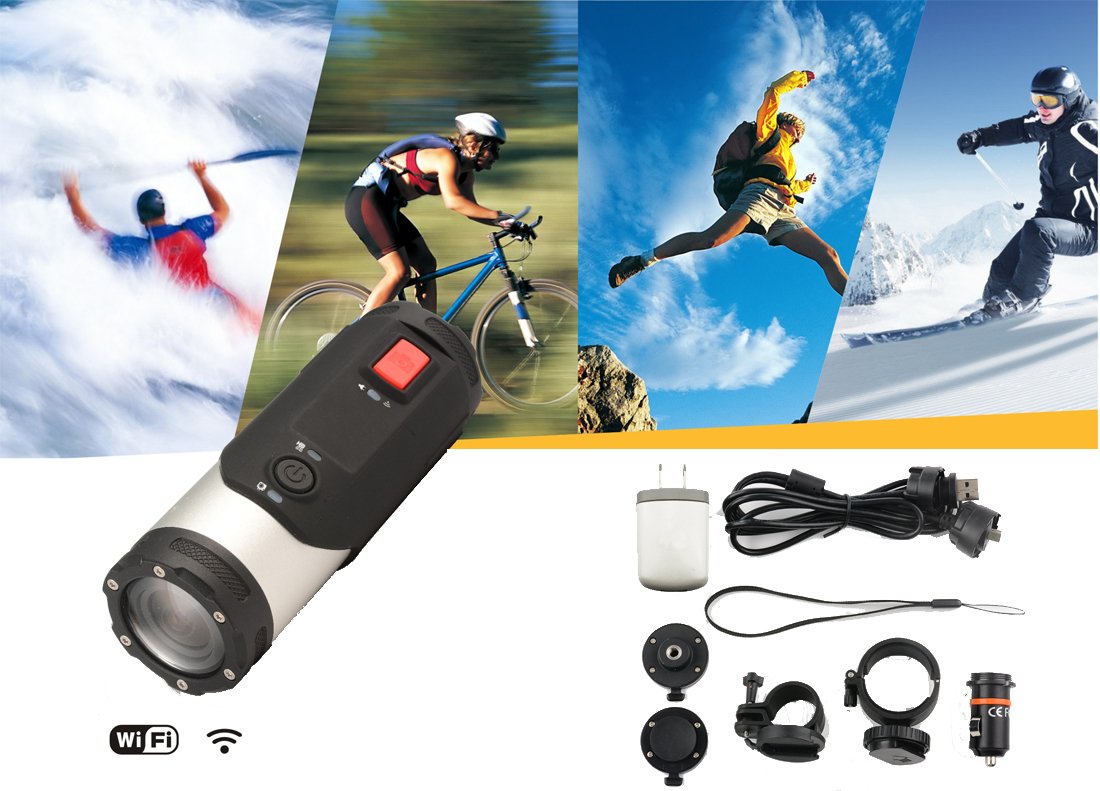 The main selling point of this action camera is its WiFi function. Because of this feature, you can easily operate it through an app by connecting through WiFi.

You can also preview photos or videos captured by the camera with your smarphone or tablet.

Like the item before it, this Action cam can record 1080 pixel videos and 12 MP photos. You can also record in lower video resolution if you want.

When recording at 1080 pixels, you can expect the battery of the camera to last for around 70 minutes.It has a very good 170 degrees field of view, enabling you to capture more action. To be able to capture more videos, you can buy a 32 GB micro SD memory card.

It is also waterproof, making ideal for use in other extreme sports. 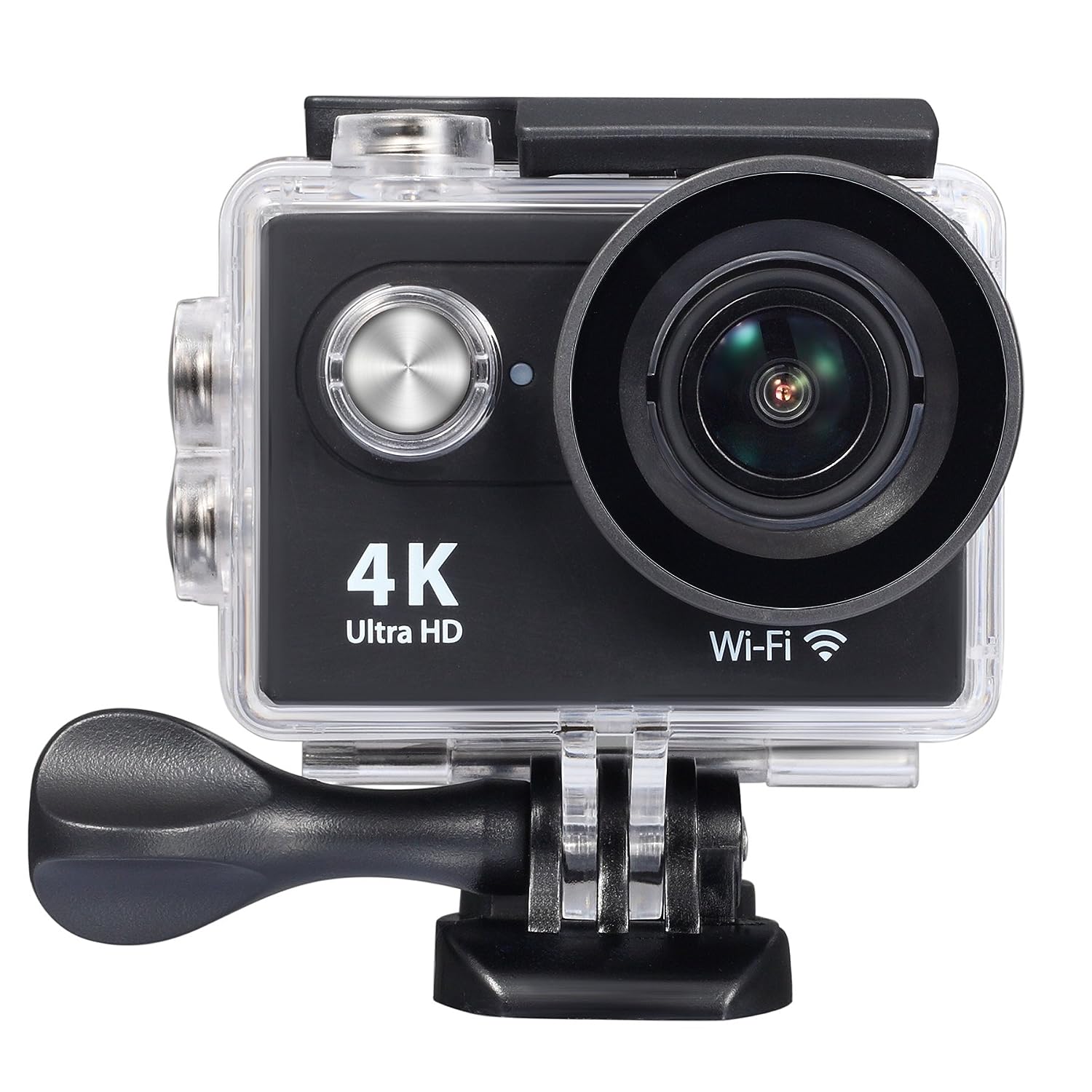 This action camera can also capture full HD videos at 1080 pixels, and 12MP photos. A bonus is the 32GB micro SD card included in the package, which would allow you to store more photos and videos captured from this camera.

Like the unit preceding it, Raynic’s WiFi action camera has built-in Wi-Fi feature that lets you view or playback videos on any smartphone or tablet. This feature also makes transfer of files easier and faster.

The 1050mAh lithium ion battery is also enough to give you 3-4 hours of non-stop recording, which makes the Raynic action camera even more suited for use in the outdoors.

Plus, it is waterproof for up to 30 meters and can be used for other outdoor activities like snowboarding, skiing, swimming, and diving.

One of the common misconceptions about action cameras is that these gadgets are very costly. But if you look at these products online, you will realize that you don’t have to cough up a serious amount of money to be able to own a reliable action camera.

I recommend the five aforementioned action cameras if you’re looking for a good gadget that can capture photos or videos of your next biking trip. These cameras are reasonably priced and can capture decent quality videos and images. Moreover, you should have no problems operating them even if you haven’t used an action cam before.